So you say you’re in the mood for a cup of joe?  Well, don’t start that journey at Goodwill, my arabica bean loving friend. 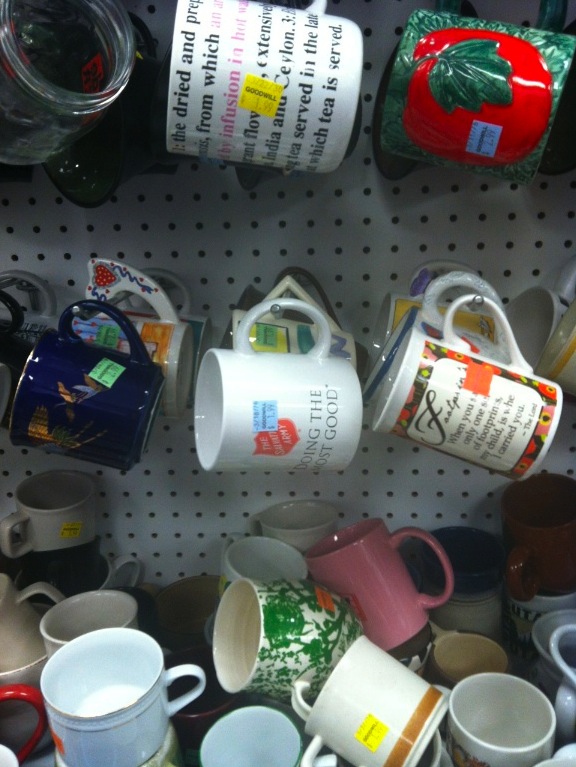 *cue “The Circle of Life”

The above photographed mug, which began its journey at The Salvation Army has found its way to Goodwill and they’re selling it for 1.99. 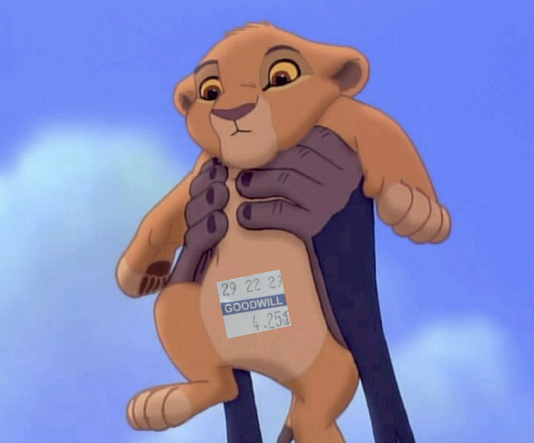 Now, let me be clear.  I enjoy thrift stores.  More than just a little.  Kind of a lot.  Enough that I’m writing about them.  That said, their pricing practices can sometimes confound and confuse me.

I snapped the above photo at a Goodwill in Tucson, Arizona.  What you see is about 1/6th of the number of mugs they had for sale.  The lowest priced mug was 1.99, most seemed to be 2.99 and they went up from there, and there wasn’t a complete matched set in the ragamuffin bunch.  It was like a Dickensian orphanage for mugs.

This got me to thinking about my penchant for buying nearly exclusively secondhand.  Is that always the most economical choice?  The answer is no.  Not always, and especially not if one is shopping at Goodwill.

Here are a few examples of the retail prices for mugs I found with a quick google search: 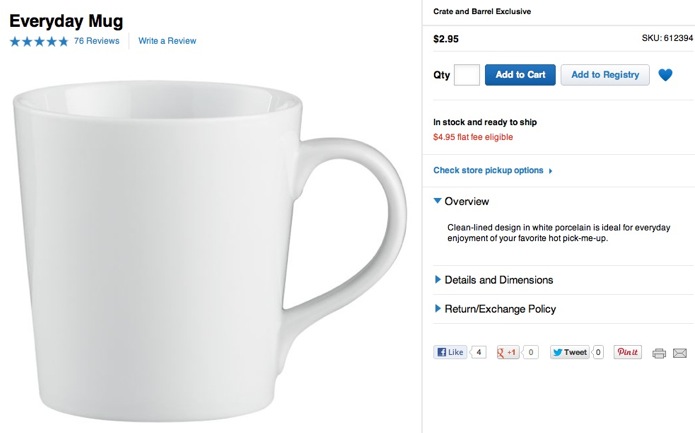 How about a perfectly lovely mug from Crate & Barrel?  Granted, it won’t have any personalized chips on the handle, pre-applied Sanka rings on the interior, or the remains of an unknown user’s Fashion Two Twenty Party Pink lipstick on the rim, but at four cents LESS than the average price for a USED mug at the above Goodwill, you can’t deny that it’s a steal! 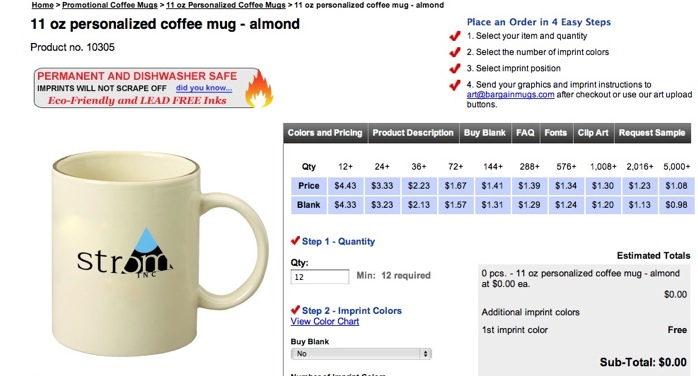 Is a customized mug more to your liking?  You can have one with your company logo, a photo of your grandchildren or “My Tardis Brakes for Yard Sales” emblazoned on the front for a mere $4.43 (or 1.08 if you have need for 5,000+ of them.)  Now, this might be slightly more than the $2.99 you’ll pay at Goodwill, but let’s not forget that they use LEAD FREE inks!  That’s gotta be worth just under an extra buck fiddy. 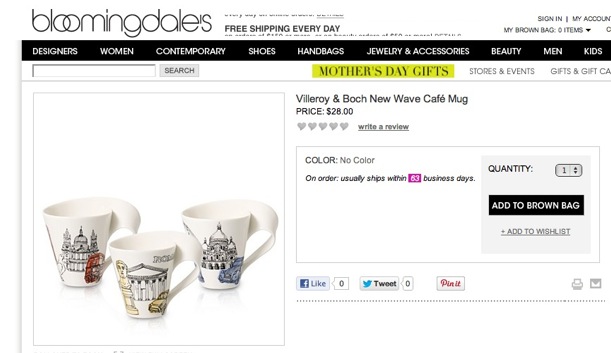 Last but not least, let’s consider the fact that you might want something really special, simply have expensive taste or maybe you throw money around like Lil’ Wayne at a strip club.  You can make it rain at the Bloomingdale’s website…that’s right, BLOOMINGDALE’S.   There you can procure a unique and interesting mug for less than thirty dollars.

Now I put the question to you:  Is the Goodwill mug a bargain?  I would argue that it is not.

The point I’m making is that what appears to be a bargain on the surface, may not really be.  Do your research, pay attention and know what matters to you.  Thrift stores and yard sales are a wonderful resource for creating a beautiful home on a budget, but they’re not the only resource.

While the average American paycheck remains stagnant, or for many has become nonexistent, and the prices on many consumer goods and services continue their seemingly endless downturn (gasoline, milk and pro athlete salaries notwithstanding) the prices at many national chain thrift stores (based on my colloquial observations) have enjoyed a steady spike.  So, what gives?  As far as I can tell, there is only one explanation:  The folks pricing the goodies at Goodwill are on crack.  All of them.  On crack.  Crack cocaine.  However it is that one ingests crack, they’re doin’ it.  They must be doing SO much crack that they’ve lost their foothold on reality.  Just sitting in the back, doin’ crack, and pricing stuff.  Perhaps they REALIZE the prices are outlandish, but they need the money in order to support their dozen cracks a day, Costco-sized portions habit, I don’t know.  I am not an expert on crack.  All I know is that crack has GOT to be a factor.  Right?  Yeah, sure, right.

My mother shops at Macy’s.  She has a Macy’s card.  She has frequently regaled me with  stories of the bargains she has found, such as a perfectly lovely designer top for FOUR DOLLARS and seventy cents (on clearance with Macy’s coupon.)  Now, contrast that with the fact that if I walk into my local area Goodwill and saunter down the long sleeved shirt aisle I can find any number of stained, pilly, out of style Mossimo tops.  The cost?   FIVE DOLLARS and seventy nine cents.  What?  WHAT?  Yeah.  Seriously.

So, assuming that my crack theory is off target, what on earth could lead the powers that be at Goodwill to these ludicrous price point decisions?  Greed?  A complete lack of knowledge of retail trends?  An utter inability to give a s*%@?

In order to prove my point (because, hey, what girl doesn’t want her point proven?) I stopped in a local Goodwill location recently and snapped some photos.  It was NOT difficult to find these examples of rampant crack-headery.  I was in the store for maybe five minutes.  I didn’t even scratch the surface of the UNdeals to be had.  Check it out and get your outrage on: 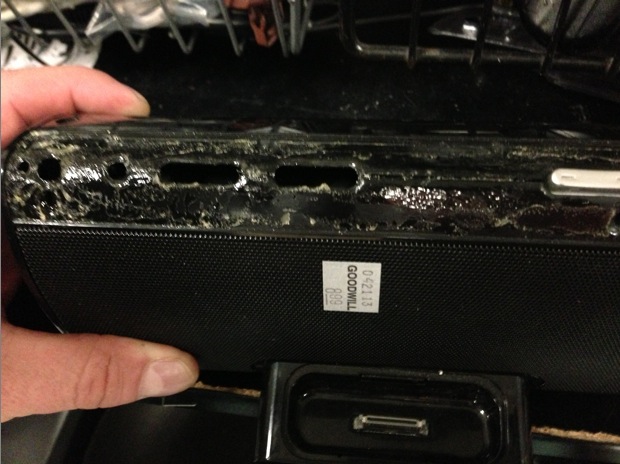 I could rest my case here, but let’s move forward, shall we? 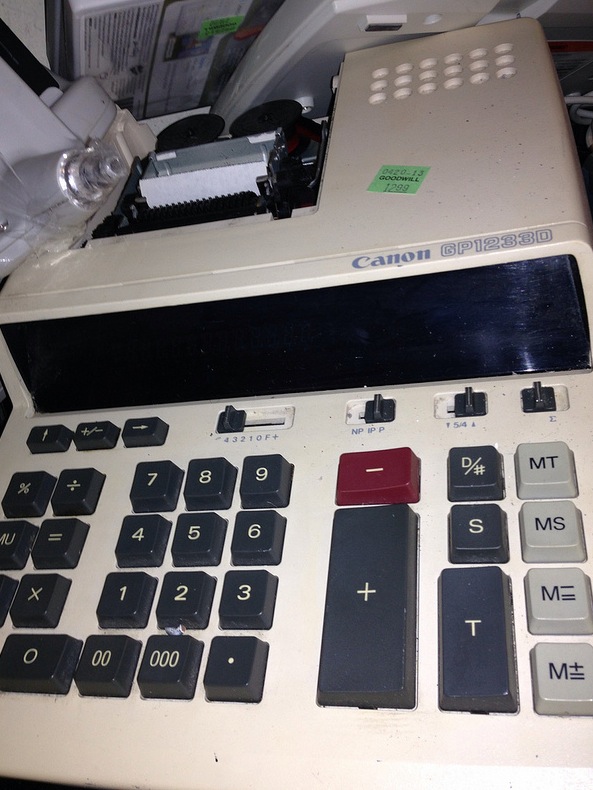 Exhibit B:  Canon Electronic calculator.  Let the record show that said calculator has missing parts, is paint bespeckled, clearly began its life during the Carter administration, is no longer in possession of its red nor its black ribbon and has no power cord. 12.99. 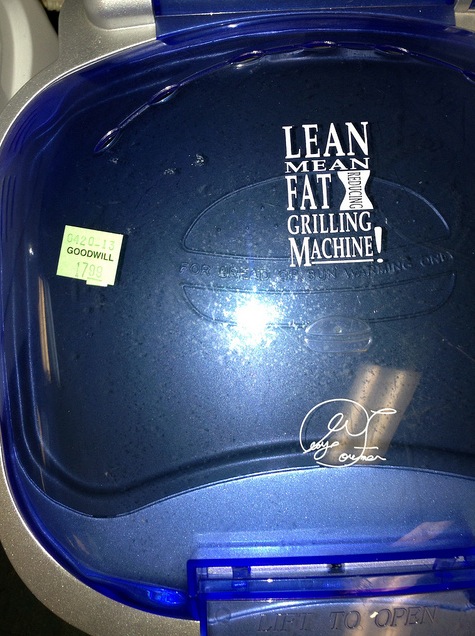 I am pretty sure that the number of George Foreman grills on the secondhand market outnumbers the total number of men, women and children living in the lower forty eight states.  I haven’t run the actual numbers, or conducted a poll or done “research” per se, but I stand by my calculations.  I have never purchased a George Foreman Lean Mean Fat Reducing Grilling Machine!, yet I am confident that if I went into my kitchen right now and checked the dark recesses of my cabinets, I would find that one had magically appeared.  Maybe they’re mating when we’re not looking.  Maybe they are an alien lifeform sent here to study our curious ways (and reduce our fat intake.)  Maybe Americans buy a lot of stuff we don’t need….nah!  It’s probably the alien thing.

At any rate, what I’m saying is that there is a glut of George Foreman Lean Mean Fat Reducing Grilling Machines! out there.  If what we learned in high school economics holds true and value can typically be determined by the number of items available vs. desire/consumption of said items (supply and demand) then I am going to go out on a limb and say that this teflon coated item is overpriced.

99 cents.  Even factoring in shipping, this lucky (sure, let’s say lucky?) buyer saved themselves nearly half off of the Goodwill price…and it was offered complete, in good condition and with all of its parts and accessories. 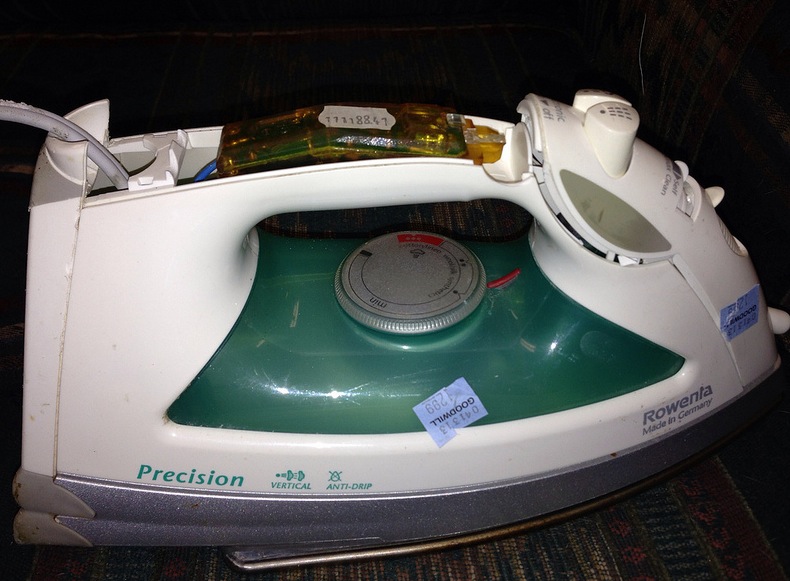 Exhibit D:  VERY broken Rowenta Iron.  12.99.  Sigh.  Ladies and gentlemen of the jury, you will hear testimony that this iron did aid and abet Goodwill in their attempt to willfully and wantonly murder the bank accounts of their customers.

“We find the defendant.  Goodwill Industries GUILTY on all charges!”

Now, all of this said, I must admit that I do still find bargains at Goodwill, but they are becoming fewer and further between.  There are a few locations I no longer bother to frequent, their pricing has become so outlandish.  The prices seem appropriate for about 3% of the merchandise.  The rest is better left behind.  So what has happened?  Thrift stores that are SO packed to the gills, one can barely flip through the racks without sustaining Carpal Tunnel Syndrome, make heads or tails of the precariously stacked dishware, or sort one’s way through the cracked tchotchkes without setting off an avalanche of dust and Home Interiors figurines, that’s what.  What happens then?  Damaged merchandise.  Is it just me, or is this pricing strategy counterproductive to Goodwill’s mission?  These prices are certainly not helping those in need to buy clothes or other necessary goods for their families and I have seen the racks and shelves SWELL with product as the prices continue to rise, which tells me people are buying fewer items.  Would not a more reasonable price move more product and help more people?  The cost behind running the thrift store (rent/utilities/staff/insurance/etc.) does not escape me, nor does the fact that the proceeds benefit other good causes, but I can’t help but think that all would be better served by lowering the prices and selling much, much more.

Throw down that pair of high-waisted acid washed jeans, the VHS copy of “Short Circuit II”  and the painfully ugly 1980’s sweater (they’re not ironic anymore anyway, they’re just ugly), America!  Stand on a nearby rickety table and go Norma Rae on their behinds!  Call your regional area Goodwill representative and tell them to stop doin’ crack, get in a twelve step program and get to gettin’ at making amends! 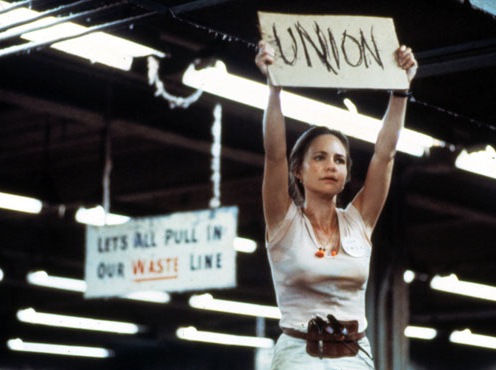 p.s.  My apologies to any of my readers who do crack.  I’m sorry to have associated you with the folks pricing the merchandise at Goodwill. 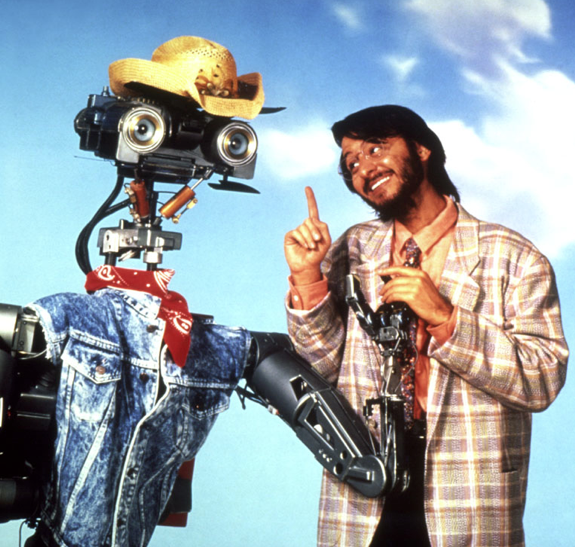