Missed it by THAT Much!

So, you say someone nabbed your treasure? 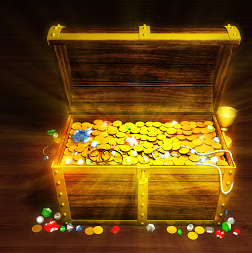 A POSITIVE TAKE ON BITTER DISAPPOINTMENT

As you pull up to the yard sale, you see it.  You love it.  Even from the air-conditioned comfort of your car, you know you’re going to buy it.For me (most memorably) it was about five years ago and it was a vintage 1960’s lamp.  The base was a white porcelain owl.  The shade was still in great condition.  Boy, was it ever gorgeous.  It wasn’t just that it was vintage, it wasn’t just that the owl had a look on his face as if he had a secret, it wasn’t just that it was in perfect condition, it wasn’t even that I had never before seen another one like it…it was all of those things, but what elevated it was that it was also “fine.”   Neat, kitchy, fun, and oh so finely made.  Ahhhh.I rocketed from my car and sped toward the sale.  I can still see it.  I’m pretty sure a heavenly glow was emanating from the lamp itself and I’m positive I heard a choir of angels singing the hallelujah chorus.  I walked briskly, but, not wanting to appear too eager (thus eliminating any leverage I had when it came to the negotiation process) I didn’t quite run.  I approached the proprietress of the sale, a stately woman who appeared to be, by my best estimation, in her seventies.  She was clearly beleaguered by the entire enterprise of having the yard sale, but seemed to be doing her best to remain civil to the motley crew of customers.  Casually (sure, let’s say casually) I inquired as to the price of the lamp:  “HOW MUCH IS THAT AWESOME OWL LAMP?”   “Thirty dollars.” she replied.

The mental conversation that ensued between my frugal self and the part of me that had fallen in love with the lamp took only a fraction of a second and went something like this:

Beleaguered proprietress:  “Oh, it’s already sold.  A woman bought it just before you asked about it.”

“Mr. Owl.  How many seconds does it take for that lousy so-and-so in the red sweater to snag the lamp I most assuredly was destined to own?” 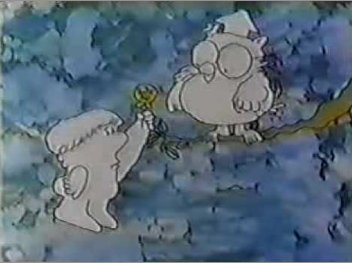 Denial:  “Wha?  Huh?  Nooooooooo.  I must have heard you incorrectly.  What woman?  No.  There’s no other woman.  Who?  Her?  No, she would never buy this lamp.  My lamp.”
Anger:  “WHY WOULD SHE BUY MY LAMP?  SHE DOESN’T DESERVE MY LAMP!”
Bargaining:  “Maybe she’ll sell it to me!  Maybe if I offer her thirty-FIVE dollars she’ll walk away with that sweet five dollar profit a happy lady.”
Depression:  “Waaaaaaaah!  My, *snif* lamp *snif*.”
Acceptance:  “Crap.  Oh well, I’m gonna miss that lamp.  What else is up for grabs at this sale?”

Why did the woman running the sale tell me how much it was if it was sold?  Why had the universe taunted me with this treasure only to rip it from my grasp?  Why oh WHY did they cancel “Firefly”?  (Whenever I’m bemoaning and why’ing, I always ask that last question.) 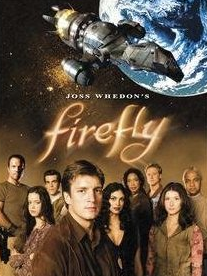 I’ve thought about that lamp a few times since then.  It really was special, as material objects go.  But here’s my take on situations such as this:

A lot of people take the “I wasn’t meant to have it” approach.  For me, it’s different.  It’s not that *I* wasn’t meant to have it, it’s just that in that moment, someone else needed it more.  See the distinction?  It’s not about what I wasn’t supposed to have…it was about what someone else was supposed to have.  Maybe ‘Red Sweater’ had had a really lousy week and that lamp cheered her up.  Maybe her mother had a lamp just like that and it reminded her of her childhood.  Maybe she loves owls more than Kanye West loves interrupting.  Who knows.  The fact is, the why doesn’t matter.  I truly believe that she must have needed it more than I did, and that’s enough.

So, the next time you feel the sting of the bargain that got away, just picture it with it’s new family, happy in it’s new home.

I’m sure the owl lamp’s owner is happy and truly appreciates what she has.

2 thoughts on “Missed it by THAT Much!”